2020/09/07
Ammonium bicarbonate and diammonium phosphate are commonly used fertilizers in agriculture, which are processed by fertilizer production line. So what are the key points of fertilization technology in use?

Ammonium bicarbonate, with about 17% nitrogen content, is the lowest nitrogen content in solid nitrogen fertilizer. Ammonium bicarbonate generally has a moisture content of 5% - 6%, which is easy to deliquescence and caking. When the temperature is lower than 20 ℃, the ammonium bicarbonate will decompose into ammonia and carbon dioxide when the temperature is slightly higher or the moisture content in the product exceeds a certain standard, which will cause the loss of nitrogen fertilizer efficiency. It is a physiological neutral available nitrogen fertilizer, which is suitable for all kinds of crops and soils, and can be used as base fertilizer and topdressing fertilizer. Therefore, it is also used as raw materials and other nutrients, and processed into other special fertilizer by disc granulator after batching.
It can be used as basal fertilizer in furrow. If it can be combined with deep application of cultivated land, its effect will be better. However, it should be noted that the depth of application should be greater than 6cm (sandy soil can be deeper), and the soil should be covered immediately after application, only in this way can the loss of nitrogen be reduced. When ammonium bicarbonate is used as topdressing, the dry land can be combined with intertillage. The depth of application should be less than 2 inches, and the soil should be covered immediately, and the water should be timely watered. The paddy field should keep a shallow water layer of about 1 inch, but not too shallow, otherwise it is easy to damage the root. After application, plough and rake in time to promote the fertilizer to be well absorbed by the soil.
When ammonium bicarbonate is used as topdressing, it is important to remember not to apply it after the rain or before the dew is dry. Ammonium bicarbonate should not be sprayed on the surface of soil no matter it is used as base fertilizer or topdressing, so as to prevent nitrogen volatilization, loss of nitrogen or damage to crops. At the same time, it is necessary to avoid high temperature season and high temperature period, and try to apply it in the season when the temperature is lower than 20 ℃. 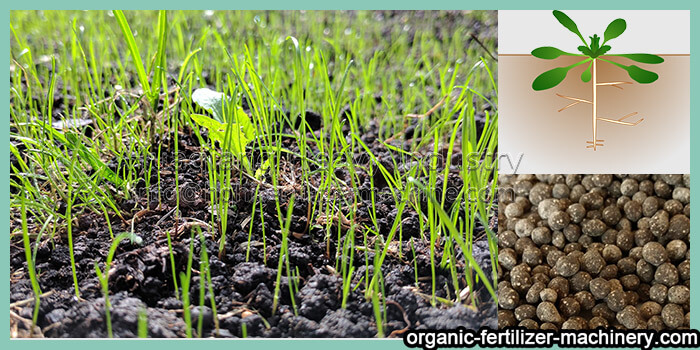 Diammonium phosphate is a kind of quick acting fertilizer with high concentration, which is suitable for all kinds of crops and soils, especially for the crops that like ammonium and need phosphorus. It is suitable to be used as base fertilizer. If it is used as topdressing, it should be applied as early and deep as 10 cm before covering the soil. It should not be too close to the crops to avoid burning the crops. When it is used as seed fertilizer, it can not be directly contacted with the seed. Do not apply diammonium phosphate with water, otherwise most of the nitrogen in it will remain on the surface of the ground, and should not be mixed with alkaline fertilizers such as plant ash and lime to prevent nitrogen volatilization and reduce the availability of phosphorus. We can also use NPK fertilizer granulator to further process it into high-quality compound fertilizer.

Pre:Points for Attention in the Use of Crusher in Fertilizer Production Line