Properties and processing of coated urea

2020/08/10
Coated urea is a kind of modified urea. So why should urea be coated in the process of compound fertilizer production line? There are two reasons：
1. Urea is the nitrogen fertilizer variety with the highest nitrogen content (N≥46%). In recent years, the actual effect of fertilization has shown that urea is a fertilizer with low utilization rate. Due to the large total amount and the low utilization rate, the nitrogen loss caused by urea and the negative impact on the atmosphere and water environment are also greater.
2. The reason for the low agricultural utilization rate of urea is determined by the weakness of its agrochemical nature. The agrochemical properties of urea after entering the soil are similar to that of ammonium bicarbonate. It cannot be absorbed and stored by the soil before it is ammonified. The ammonification process is accompanied by the alkalization of the soil in the micro-region, which leads to the increase of ammonia (NH3) volatilization. The nitrogen content of urea is higher than that of ammonium bicarbonate, so in fact the total volatile content exceeds that of ammonium bicarbonate. 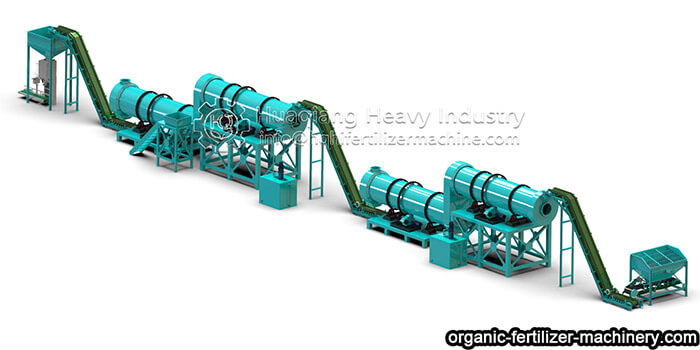 Pre:How to build the market core of disc granulator

Next:Difference and application of compound fertilizer and organic fertilizer