2020/03/04
Disc granulator is very common in the fertilizer industry. In the field of fertilizer granulator machine, it has unique advantages. Next, we will introduce the application and working principle of disc granulator in fertilizer.
In the granulation stage of NPK fertilizer production line, pan granulator mixes various raw materials into particles. The operation of NPK powder in disc granulator follows certain rules. The movement of materials in the ball forming machine can be divided into the following characteristics due to the different movement performance of the material ball, small ball and powder and the function of the scraper in the disc:
1. Powder and mother ball area, which is in the position of adding water, contains a large amount of powder and forms a large number of mother balls.
2. The number of pellets and powders in this area is approximately the same. The small ball absorbs water continuously and increases gradually.
3. In the ball area, there are more balls and less powder in this area. At the same time, the compactness and strength of the pellets are gradually increased.
4. The ball exit area, which is basically qualified raw material ball, is unloaded continuously with the rotation of the disk.

During the formation of the mother ball, the raw material is a material with high hydrophilicity, and the particle surface has the ability to absorb water. The cohesive property of clay is also produced after immersion. When the continuously added mixture rolls in the ball forming plate, small water drops are continuously sprinkled on the mixture. When the particles encounter water drops, they quickly absorb and infiltrate. A very thin water film is formed on the surface of the particles, and the materials are absorbed in the rolling process. Due to the surface tension of water and the adhesion of clay, a small ball core mother ball is formed. The size of the mother ball is generally about 3 mm. There is a very thin water film on the surface, which is formed by the gradual outward movement of water under the centrifugal force and gravity during continuous rolling. 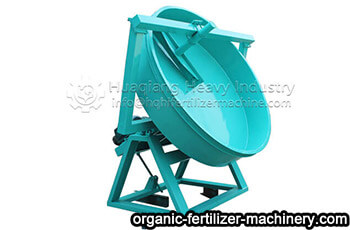