The disc granulator adopts the overall arc structure to effectively improve the granulation rate. Combined with the non power scraper equipment, it can reduce the agglomeration of materials in the granulation process and maximize the use of raw materials. In order to facilitate the fluidity and flexibility of on-site use, the base is firmly thickened and weighted, and no additional anchor screw is required to fix it, which also plays a role in preventing the deformation of the chassis. Disc granulator is very suitable for on-site operation, reducing tedious installation and layout procedures, saving time and improving work efficiency.
In the granulation stage of NPK fertilizer production line, with the continuous addition of raw materials, the manufactured particles fall into the lower belt conveyor through the plate edge under the effect of centrifugal force. 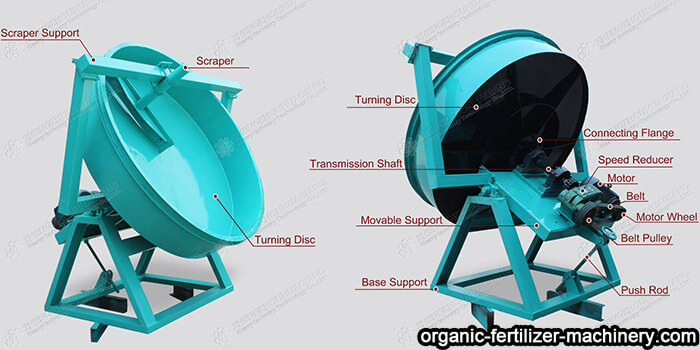 Pre:Elements of even granulation by disc granulator

Next:How to properly check and maintain the disc granulator