Why organic fertilizer equipment is suitable for small investment

2020/03/02
In agricultural production, in order to achieve the increase of crop production, people do not hesitate to pour a large number of chemical fertilizer into the farmland. More and more nitrogen, urea and nitrogen, phosphorus, potassium compound fertilizer are used, and the concentration is higher and higher. Although this has kept the effect of increasing production to a certain extent, the consequences are extremely serious year after year. Therefore, the potential of organic fertilizer is great. It is a good project to invest in small-scale organic fertilizer production equipment.
The unsuitable use of a large number of chemical fertilizers causes certain harm to agriculture, mainly as follows:
1. Due to the hardening of the soil and the decrease of the biological population, the farmers strive to increase the production of the land, which leads to the continuous increase of the amount and concentration of chemical fertilizer, resulting in the decrease of the utilization rate of nitrogen, phosphorus and potassium, which is only 30% - 40%.
2. The soil is hard and firm, which leads to poor soil porosity and decreasing organic matter content, which makes many biological groups lose their living space in the soil, and finally reduces the soil fertility.
3. Due to the hardening of soil, the water storage capacity of soil is decreasing day by day, and the lack of groundwater, which seriously affects agricultural production.
4. The use of a large number of chemical fertilizers reduces the quality and nutritional value of various crops. Taking trace elements as an example, in the past half century, the content of trace elements in some crops has decreased by about 20%, and the commodity rate of crops has declined, which seriously affects the interests of farmers and consumers, and the export of crops.
5. In addition to the waste loss, a large number of chemical fertilizers remaining in the soil are constantly penetrating into the deep underground, forming a large number of nitrates and other compounds, causing serious pollution of the underground water. On the other hand, nitrogen oxides are released into the atmosphere, making the ozone layer thinner, causing ultraviolet light to affect human health and crop growth, and the ecological environment is seriously affected. 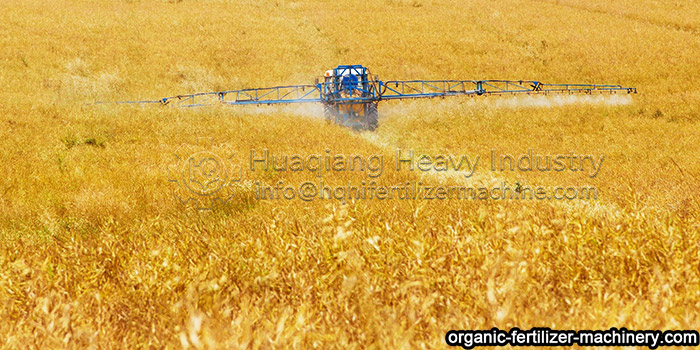