2019/05/08
Sulfur-coated urea is a coated slow-release nitrogen fertilizer. During the processing of the NPK fertilizer production line, the spherical urea is coated with a layer of molten sulfur to improve the physical properties of urea.
Sulfur-coated urea is increasing in agricultural applications. With the increasing application of high-concentration fertilizers, the application of sulfur-containing superphosphate is relatively reduced, and the crop yield is increased. The sulfur taken from the soil is increased, and the area of sulfur-deficient land at home and abroad is expanding. Therefore, the application of sulfur coated urea can not only improve the utilization of nitrogen, but also supplement the sulfur in the soil.

How to process sulfur coated urea in NPK fertilizer production line
The urea granules are heated by a heating machine and then wrapped with a sulphur-containing outer membrane by a coating machine. After the urea is coated, it is sent to the powder machine by a large angle belt conveyor. The powder machine sprays particles to seal the cracks in the coating and reduce the biodegradation of sulfur coating. The two powder machines are used in series to ensure the quality of fertilizer processing. The coating of the NPK fertilizer production line on the outer layer of urea ensures a slow release of fertilizer efficiency. The outer envelope provides a physical barrier to urea, so that urea can be slowly infiltrated by moisture and decomposed by microorganisms. In the soil environment, urea gradually diffuses through the envelope, which slowly releases nutrients through the cracks in the envelope and the naturally formed structure on the surface of the envelope. 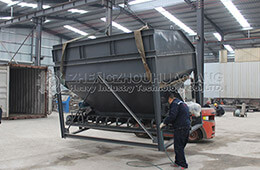 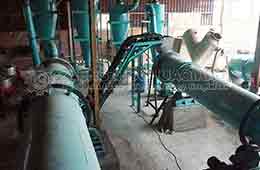 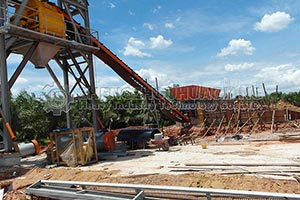 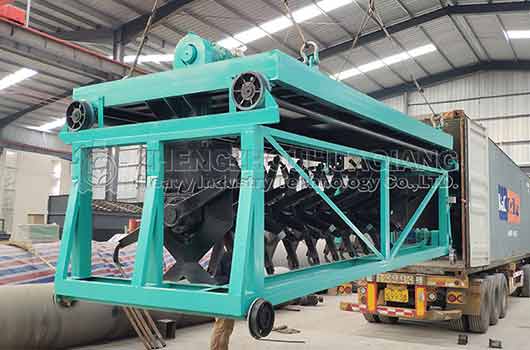